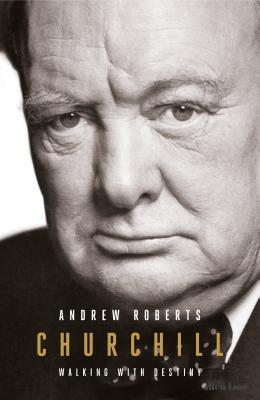 A landmark reconsideration of the iconoclastic war leader, based on extensive new material, from private letters to war cabinet meetings, by the bestselling, award-winning author of and .When we seek an example of unalloyed courage, the man who comes to mind is Winston Churchill: the visionary leader, immune from the consensus of the day, who stood firmly for his beliefs when everyone doubted him. But how did young Winston become Churchill? What gave him the strength to take on the superior force of Nazi Germany when bombs rained on London and so many others had caved? In , Andrew Roberts gave us a tantalizing glimpse of Churchill the war leader. Now, at last, we have the full and definitive biography, as personally revealing as it is compulsively readable, about one of the great leaders of all time.Roberts was granted exclusive access to extensive new material: the transcripts of war cabinet meetings - the equivalent of the Nixon and JFK tapes - diaries, letters, unpublished memoirs, and detailed notes taken by the king after their bi-weekly meetings. Having read every one of Churchill's letters, including deeply personal ones that Churchill's son Randolph had previously chosen to withhold, and spoken to more than one hundred people who knew or worked with him, Roberts identifies the hidden forces fueling Churchill's drive. Churchill put his faith in the British Empire and fought as hard to preserve it as he did to defend London. Having started his career in India and South Africa, he understood better than most idealists how hard it can be to pacify reluctant people far from home.We think of Churchill as a hero of the age of mechanized warfare, but Roberts's masterwork reveals that he has as much to teach us about the challenges we face today and the fundamental values of courage, tenacity, leadership, and moral conviction.

Shot Down: The True Story

The Outpost: An Untold St

The First Wave: The D-Day